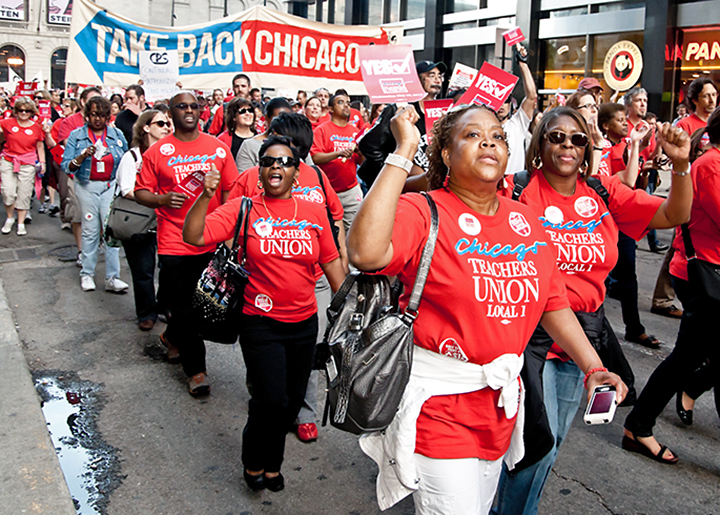 "... a reinvigorated trade unionism is possible – one committed to gender, racial and generational justice... mobilizing communities in a way labour has not done for generations."

My contribution to the “inequality debate” hosted by the Broadbent Institute (http://www.broadbentinstitute.ca/en/blog/david-mcnally-addressing-inequality-rebuilding-labour-movement). Written December 2012.

While growing social inequality is the product of a multi-pronged economic, political and cultural offensive by corporate power across the neoliberal era, the systematic weakening of trade unions looms especially large in the story. After all, unions have served as the most basic organizations for protecting and improving the wages and benefits of working people (including the unorganized). It is hard to see, therefore, how we will reverse the growing inequality gap without a considerable revitalization of the union movement.

It is not difficult to imagine how such revitalization could take off. After all, union membership is a huge equalizer. For women workers and workers of colour, for instance, nothing so closes the wage gap they experience relative to their male and white counterparts as does membership in a union. Just that recognition has been at the heart of the inspiring actions mounted in recent weeks by workers at Wal-Mart in the US, actions which recall the early days of the Justice for Janitors campaign of the 1990s.

It seems clear, however, that our unions will have to reinvent themselves if they are to win public recognition as tribunes of social equality. Too often, they are perceived as narrowly self-protective, unconcerned with rising poverty and social injustice.  Yet, where they have acted “outside the box” of old-style unionism by working with poor communities and organizing for gender, racial and generational justice, the results have been impressive. I offer two examples, one from the US, the other from Canada.

When Chicago teachers waged their highly successful strike in September, many commentators rightly noted the enormous significance of the wide public support they garnered. But few appreciated that this support was a result of years of community-based organizing by the Coalition of Rank and File Educators (CORE), a progressive caucus in the teachers union, to prevent school closures in poor, racialized neighbourhoods. In 2010, activists from CORE won the executive elections in the Chicago Teachers Union (CTU). So, when the union struck in the fall of 2012, it could credibly claim it was striking as much for the needs of students as for the jobs and wages of teachers. Throughout the walkout, the CTU continued to foreground its commitments to challenging racism and poverty. The result was an outpouring of community support for the union, including solidarity rallies at schools throughout working class neighbourhoods. So shaken by this groundswell were city officials, that the CTU won important victories – for students and poor communities as much as the teachers themselves.

Closer to home, the last couple of years have seen the emergence of a vigourous alliance between the Ontario division of the Canadian Union of Public Employees (CUPE) and the feisty, Toronto-based Ontario Coalition Against Poverty (OCAP). Together, CUPE and OCAP have spearheaded an energetic “Raise the Rates” campaign devoted to increasing social assistance rates in Ontario – something absolutely indispensable to alleviating poverty. Combining education and grassroots activism, the Raise the Rates campaign has been a genuine example of a community-labour alliance that transcends conventional collective bargaining. By creating an authentic and activist solidarity between poor people and trade unionists it offers a refreshing alternative to business style unionism.

There are reasons to believe, therefore, that a reinvigorated trade unionism is possible – one committed to gender, racial and generational justice. And such a trade unionism, mobilizing communities in a way labour has not done for generations, could become a powerful force in reversing the rampant social inequality promoted by neoliberalism.