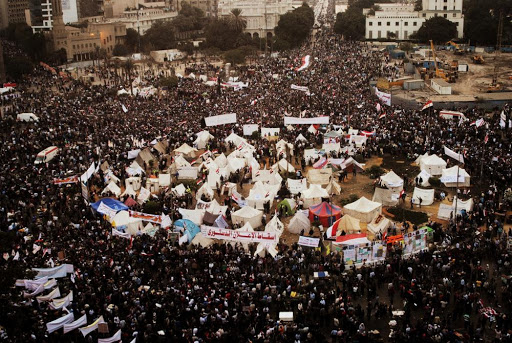 "...this means building a radical Left uncompromisingly committed to deepening the project of direct democracy as an indispensable part of all popular movements against austerity and injustice."

It is a truism to say that democracy began with the Greeks – less so to say that it originated in popular rebellion against debt and debt-bondage. Yet, with the Greek people ensnared once more in the vice-grip of rich debt-holders, it may be useful to recall that fact. For the only hope today of reclaiming democracy in Greece (and elsewhere) resides in the prospect of a mass uprising against modern debt-bondage that extends the rule of the people into the economic sphere.

Across virtually all the ancient world, to fall into irretrievable debt was to enter into bondage to the rich. For millennia, the poor typically had no collateral for loans beyond their bodies and their labour. The result in ancient Greece, as Aristotle acknowledged, was that “the poor . . . were enslaved by the rich.”[1]

Beginning more than 2,600 years ago, a succession of upheavals by the Athenian poor – or the demos – broke the power of the aristocracy and began a drawn out democratic revolution. Squeezed by debts and the spread of debt-bondage the common people rendered their aristocratic society effectively ungovernable. In 594 BC, in an effort to restore stability, huge concessions were made to the demos: all debts were cancelled and debt-bondage abolished. For the first time, poor men acquired meaningful rights to political participation. And they used those rights to systematically curtail the unaccountable power of aristocrats, accomplished by elevating the popular Assembly and its direct democracy above all other institutions.[2] So interconnected were the principles of democracy and economic justice for the demos that Aristotle identified “the rule of the poor” as the essence of a democratic state. “In democracies,” he explained, “the poor have more sovereign power than the rich.”[3] For this reason, struggles by the rich to increase their social and economic power invariably took the form of struggles against democracy.

Notwithstanding enormous differences in social and historical context, a similar battle is wracking Greece today. To be sure, the ancient landed aristocracy has been replaced by a capitalist “financial aristocracy.”[4] Yet, war between the modern aristocracy of debt-holders and the forces of democracy once again grips Greek society.

From the earliest days of the recent “debt crisis” – caused, let us recall, by the global bank bailouts and the recessions that followed the financial crash of 2008 – international financial institutions have been on a collision course with democracy. Time and time again, the interests of global banks have over-ridden the will of the people. Consider just the following events of early November:

Speaking of elections, the people of Spain found themselves in the midst of one at the very time Greece and Italy were receiving non-elected prime ministers. Yet, as one perceptive journalist reported, the public displayed a distinct lack of interest. “If scarcely anyone is taking any interest in the election,” he noted, “it’s because the result is seen as largely irrelevant: it’s the markets that rule.”[7]

Since then, the recognition that “it’s the markets that rule” has grown, and with it the decline of even the most elementary forms of democracy. Nowhere has the assault on democracy been more brazen than in the negotiations leading to the most recent “bailout” of Greece – which, of course, is really just another bailout of Europe’s banks.[8]As the price of paying back the banks while impoverishing its people, the Greek government has been forced to accept nothing less than outright colonization by the European Central Bank and the International Monetary Fund. In fact, the “bailout” agreement states that:

Whatever semblance of democracy is possible in a capitalist society has now been shunted aside in Greece. The country’s elected institutions now function as little more than fig leafs for the power of global capital. And its people are being subjected to modern forms of debt-bondage in which the bodies of poor and working class people are sacrificed to debt payment.

Under the bailout package, for instance, the Greek minimum wage will be slashed by 22 per cent (and more for young workers); 150,000 public services jobs will be eliminated; pensions will be savaged. Living standards, which had already contracted on average by 30 per cent, will be pushed down a further 15 per cent. An economy that has been in recession for five years (and has shrunk by more than one-fifth) will be pushed into a further downward spiral. More than 60,000 small and medium-sized businesses will collapse, and a quarter of a million private sector jobs will evaporate. Youth unemployment will soar above 50 percent.[9] Homelessness and street begging, already rising alarmingly, will worsen.

How long this can continue is anyone’s guess. Since the economic crisis emerged in 2008-9, Greece has seen waves of general strikes, mass demonstrations, and fighting with riot police. Anger and frustration may well boil over. In the view of one trade unionist, “People are literally hungry and the number of homeless is growing every day . . . soon they won’t take anymore. There’ll be a popular revolt.” [10]

If it is to have any chance of success, such a revolt will have to reclaim the ancient connection between democracy and economic justice. It will have to revive the meaning of democracy as “the rule of the poor” – all of the poor exercising real sovereign power in popular assemblies. And such a project of radical democracy will have to break decisively with liberalism through the deepening and extension of popular power and control into the economic sphere.

Liberal-capitalist democracy, observes Ellen Meiksins Wood, “leaves untouched vast areas of our daily lives – in the workplace, in the distribution of labour and resources – which are not subject to democratic accountability but are governed by the powers of property and the laws of the market.”[11] Those powers of property and the market have now shown their utter incompatibility with any kind of genuine democracy.

It thus falls to the radical Left to reclaim the project of democracy and to once again link it to popular struggles against new forms of debt-bondage. Not only does this mean learning from the ancient example of “the great democracy of Athens,” as C.L.R. James urged.[12] It also requires attending to the new practices of assembly-style democracy that have emerged at the highest moments of recent struggles from Tahrir Square to Occupy Wall Street.[13] All of this means building a radical Left uncompromisingly committed to deepening the project of direct democracy as an indispensable part of all popular movements against austerity and injustice.

[1] Aristotle, The Constitution of Athens, Ch. 2. Scholars are uncertain as to whether this text was written by Aristotle or by one of his students.

[2] See W. G. Forrest, The Emergence of Greek Democracy, Ch. 6, and the monumental study by G.E.M. de Ste. Croix, The Class Struggle in the Ancient Greek World. It is true, of course, that the participatory democracy they created was profoundly limited by the exclusion of women and slaves. Yet, as C.L.R. James, one of the great advocates of ancient democracy, declared, typically “those who are prone to attack Greek Democracy on behalf of slavery are not so much interested in defending the slaves as they are in attacking the democracy.” See James, Every Cook Can Govern: A Study of Democracy in Ancient Greece (section, “Slavery and Women”) available at: http://www.marxists.org/archive/james-clr/works/1956/06/every-cook.htm

[5] Not that Papandreou was any friend of Greek workers. He was utterly committed to the austerity agenda, but concerned to preserve some public legitimacy.

[13] See my lecture, “Radical Democracy and Popular Power: Thinking About New Socialisms for the 21st Century,” available at: http://vimeo.com/24952896