In Memory of Leo Panitch 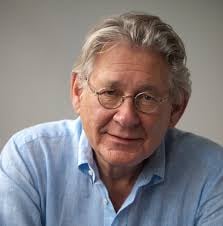 I am still processing the shocking news ofLeo Panitch’s death. Like anyone else who spent years on the Left in Canada, I had an ongoing—sometimes friendly, sometimes fractious—relationship with Leo. For many years, we were members of the Department of Politics at YorkUniversity, a progressive and critical department that was one of his crowning achievements. Over his six years as chair of the department, Leo shaped its trajectory more decisively than did any other individual. Inevitably, we were allies in many causes, and adversaries in more than a few. And since Leo was a powerful personality, if you differed with him you had better be prepared to push back. Yet, throughout all these years of alliances and disagreements, there could be no doubting Leo’s passion for building the working class movement and the socialist left.

In Leo’s eyes, my deviations were many. He took strong issue with my opposition to Canadian nationalism, and he thought my hostility to the state to be borderline anarchism. My Luxemburgist enthusiasm for outbreaks of struggle he judged naïve at best. And my celebration of feminist and anti-racist socialisms he considered to be a capitulation to social-movementism. Among my biggest transgressions, for Leo, were my defences of the direct action tactics of anti-poverty and migrant justice activists in Toronto in the early 2000s, and my immersion in a variety of strikes on campus.We argued about all of this. And more.

And yet none of this stopped him from devoting hours in 2005 to convince me to accept nomination as the next chair of our department at York. Notwithstanding our disagreements on so many issues, Leo’ s dedication to building and strengthening perhaps the foremost left-wing political science department in the world overrode all other considerations. He thought I was the chair the department needed and he went to work to persuade me. Unsurprisingly, he won that argument too.

In that case, as in many others, Leo displayed his great strength as an institution-builder of the left. This is something that can be easily underestimated. Yet it is, in my view, among the greatest of his legacies. Leo was at the heart of the core group that launched Studies in Political Economy in 1979, a left-wing journal that has celebrated more than four decades of high-quality publishing. In 1985 he took over as the principal editor of The Socialist Register, the prestigious annual review of left-wing movements and ideas. As the first generation of the Register’s editors retired and passed away, Leo preserved and reshaped its mission in terribly difficult times, holding up the socialist banner amid a general retreat of the left. The result is a publication that remains today a flagship of the left internationally.

To my surprise, I discovered that Leo and I shared a passion for jazz music. Having bumped into him at a Toronto performance by the great pianist McCoy Tyner in Toronto, we later got a crew together to attend a concert by the avant-garde saxophonist Archie Shepp at theGuelph Jazz Festival. Alongside jazz, there was baseball, another shared enthusiasm.In addition to rooting for the Toronto Blue Jays, Leo was fascinated to learnt hat my youngest son excelled at the sport.

But few things touched me more than Leo’s commitment to helping John Clarke receive appointment to a teaching post at York as thePacker Visitor in Social Justice. John had recently retired from nearly three decades as an organizer with the Ontario Coalition Against Poverty (OCAP),where he received an absolutely minimal salary for his years of dedicated organizing and activism. Leo had at times been critical of OCAP’s tactics. But when he and I talked on occasion about the importance of finding such an appointment for John, he was unequivocal in his commitment to making it happen.And when Leo wanted to make something happen it was best not to bet against him. While I was packing my things to leave York for the University of Houston,I learned that John had received his appointment. I will be forever grateful toLeo for all he did for John—and for all of us who love him.

Leo will be mourned by hundreds of students he taught and mentored, and by legions of people on the left around the world. Hisl oss will be especially painful for his wife Melanie, his children Maxim andVida, his dear and lifelong friend Sam Gindin, and his Socialist Register co-editor and comrade Greg Albo. To all of themI extend my deepest sympathy and solidarity.