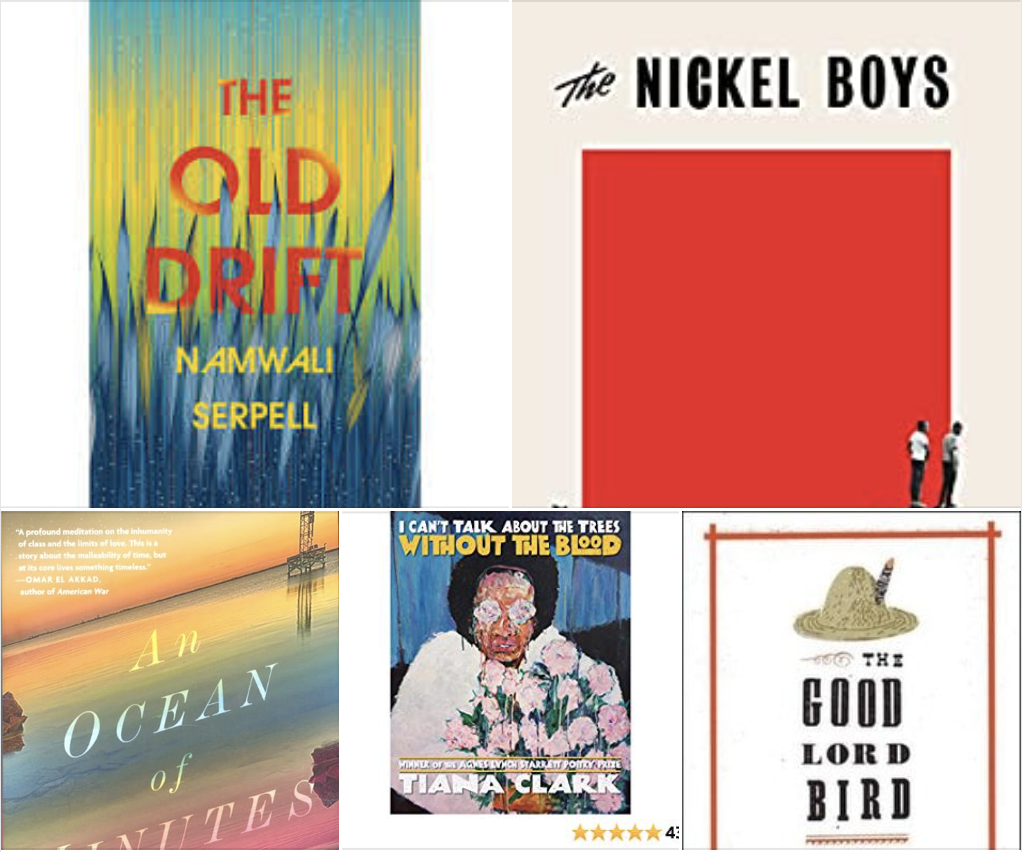 "What could be more appropriate at the moment than a play set in 1665 as a plague sweeps London? ... a tale of class and gender reckoning as the world falls apart."

(Not in rank order)

This is a stunning debut novel. Set primarily in Zambia, it is a multi-generational tale in which history runs through grandmothers, mothers, and their children. Sometimes zany, often poignant, inflected with dabs of magic realism, “The Old Drift” is a meditation on colonialism, racism, Marxism, post-colonialism, the HIV-AIDS crisis, and the popular revolts to come. It also reminds us of the complicated ways in which radical left politics, seemingly defeated, can reappear in surprising forms.

I read this tragi-comic treatment of John Brown and his cross-dressing, young Black companion (“Onion”) before the TV adaptation appeared. Those who disliked the latter for its lack of historical accuracy are likely to be dissatisfied here too. But this is a novel rife with disguises and misperceptions, in which very little is what it at first seems. Stick with it and one can discern in it a love letter of sorts. But any love letter between Onion and the Old John Brown will carry marks of improbability. Solidarity sometimes comes awkwardly. Stay the course, however, and it may arrive.

Is there anything Colson Whitehead cannot do with the written word? I was first won over with the angular style of “The Intuitionist” and “John Henry Days.” Then came his blockbuster, “The Underground Railroad.” Set in a brutalizing reform school in Jim Crow Florida, “The Nickel Boys” will fill you with rage and bring you to tears.

Here’s another novelist I discovered many years ago, beginning with Motherless Brooklyn. In Dissident Gardens, Jonathan Lethem tells a tale of how radical politics (in this case Communist Party variety) can implode amid deceit and corruption, only to reappear in new forms—or should I say, new dissident gardens. These are not always flattering portraits of the left, to say the least. Foibles are on full display. But American capitalism is never let off the hook.

Why did it take me so long to read this marvelous book? I have no valid excuse. Suffice to say that this time-travelling account of slavery, racism, violence, and love in America makes this 1979 novel feels like it was written for this moment in our history. A masterpiece.

Here’s another novel that artfully deploys time travel as an idiom for social revelation. In Thea Lim’s book poignant story, migrants are policed and repressed as they move through time, rather than space. A lesser writer might botch this move. But in Lim’s hands the result is an illumination.

This is another novel I put off for several years. But this time I have an excuse of sorts. I was so blown away by James’s “The Book of Night Women” that I feared nothing else from this author could compare. Wrong. This story of the assassination attempt on Bob Marley is a blockbuster featuring a startling and eccentric cast of characters from a CIA agent to the great singer himself. After Marlon James’s hands the “historical novel” will never look the same.

I went off Ondaatje for a while. But this was a lovely work through which to return to his writing. With “Warlight,” Ondaatje evokes shades of Patrick Modiano as he tells a story of mystery, war, intrigue, and the abandonment of children in England.  Everything seems foggy and uncertain, as it was for the children at the center of this lovely tale.

What could be more appropriate at the moment than a play set in 1665 as a plague sweeps London? Naomi Wallace took this premise more than twenty years ago and staged a tale of class and gender reckoning as the world falls apart. This is one not to miss, especially today.

10. Tiana Clark, “I Can’t Talk About the Trees Without the Blood” (Poems)

Wow. A certain socialist feminist introduced me to Tiana Clark’s incendiary poetry. Clark digs deep in the earth of racial and gender violence and visits a charred landscape of blood and scars. This is not poetry for the light-hearted. But it is necessary, brilliant, and luminescent writing about horror, resistance, and survival.