Of Hegel and Bernie Sanders 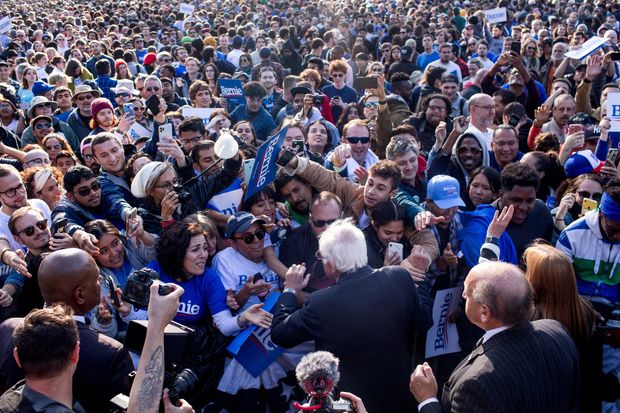 "... it is our ability to relate to much wider audiences on a principled basis that is the true test of socialists who are serious about changing the world."

In the spring/summer of 2016, I responded to Facebook postings about the Bernie Sanders campaign in the US with the following statement (it then elicited further debate and some additional musings I add below)

True statements , Hegel pointed out, are frequently trivial. It is correct, but trivial to point out that 1+1=2.  This simple statement of identity is true—and uninteresting. Such formalist approaches to truth merely go around classifying things, “labelling and pigeon-holing everything,” as Hegel put it. So it is with statements to the effect that Bernie Sanders is not a genuine socialist. True, but trivial; true, but uninteresting. My concern is not with Bernie Sanders (basically a New Deal liberal) but with the *social dynamics* of the Sanders phenomenon.  What is going on when we see a surge of mass support for someone who identifies himself (however inaccurately) with socialism? What is the social process driving this unexpected shift in political goals and ideas toward the left? What lies behind the re-entry of socialism into the mass vocabulary of political life? What openings might this signal for radical socialism in the age of austerity? And here we come back to Hegel. Real truth, Hegel argued, grasps the process of becoming of things, rather than resorting to trivial statements of fact. Truth is concerned not with static statements (Sanders does not equal socialism), but with “the coming to be” of dynamic processes—with their “dialectical movement.” So, come on leftists. Have no illusions in Sanders himself. But pay attention to the social dynamics of the Sanders phenomenon. Something is blowin’ in the wind. Let’s learn from it and see if it can’t be pushed further. If we stand there and carp about it, the winds of change will simply pass us by.

Those I refer to as on the sidelines, are those who are writing and posting things to the effect of, who cares? Sanders is a fraud; he’s an imperialist, etc. The problem is that this cuts off the conversation with those rallying around his campaign. We can–should in my opinion–have serious criticisms of Sanders’ record and his campaign. But we need to have an attitude of solidarity, though not unqualified, with those who are excited by the idea that a “socialist candidate” is having a mass impact on politics in the US. This need not mean joining the campaign, but it ought to mean celebrating the rupture with neoliberal discourse that it represents and trying to engage the best of the Sanders supporters in friendly discussions about how to make the “political revolution” real in the longer term once this election cycle is over.

It is absolutely true that the Democratic Party is a graveyard of the left. It is certainly helpful to be reminded about the Jackson campaign in the Democratic Party in 1988. But there is also a danger in such a comparison. After all, 1988 was a period of ascendent neoliberalism and ongoing routs of unions, social movements and the left. In the current case, we are essentially witnessing a political-ideological radicalization among the post-2008 austerity generation. These are the students and workers of the hyper-precarious austerity economy. They do not have long-standing ties to political machines at all. Gravitating to the DP is a matter of convenience for them, it seems to me. What they want is a break with the old-style politics and a turn to the left. The greater danger this time, I would think, is a drifting away from politics in general as opposed to being captured by the DP once Sanders has been defeated. A socialist left that simply says this will all come to naught has little to no chance of trying to pull a small layer towards sustained left-wing politics and activism. So this moment requires taking the Sanders phenomenon seriously and trying to figure out how to position the radical left (independently, to be sure), so that it comes out slightly stronger, rather than weaker from the experience. Not for a moment should we downplay our uncompromising conviction that the Democrats are a bourgeois party, a party committed to neoliberalism and American imperialism. And not for a moment should we disguise the fact that our socialism is revolutionary, not irretrievably electoral and parliamentary. But from a standpoint of principle, we need to relearn how to relate to people who are moving leftward, even if they have not embraced a full-fledged revolutionary politics. Otherwise, we will be content with preaching to ourselves and mere handfuls of others. Socialist politics need to be able to operate on larger stages. And we should not be afraid that this by itself will contaminate our purity. On the contrary, it is our ability to relate to much wider audiences on a principled basis that is the true test of socialists who are serious about changing the world.